Whenever you heard the term rooting, you might be wondering what’s that and what the benefits or advantages of it. Before talking about advantages, I want to state two disadvantage of it – one is, you device warranty will be void (you can get it back by restoring back to original firmware usually) and next you may no longer receive official firmware update through traditional way, however you can always flash it manually. Anyway, come back to root now. Root is one of the most use term in Android ecosystem.  I have already written many articles on rooting various devices in True Android and today I will discuss about the benefits of rooted Android devices (smartphone /tablet / camera) below. 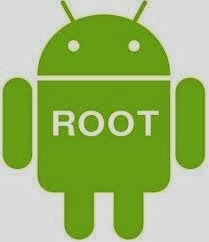 Custom ROMs: Custom ROM is something that make Android more interesting as well as attractive to its users. Mostly high end devices receive various custom ROMs but there are also developer who spending there time to port those ROMs to low end devices. With the help of custom ROM you can enjoy several customization, functions and unique user interface. Although root isn’t explicitly needed for installing custom ROM but often required for a full functional custom ROM. Some of the well known custom ROMs are CyanogenMod, Paranoid Android, AOKP, Carbon, Omni, Beanstalk and MIUI.

Access System Files: By default all manufacture restrict user from accessing system files. However, after rooting you can access system files and get full control on your device. You can even remove bloatware (manufacturer only apps), tweak system file for better performance and much more. Taking over complete control over your Android device allow you to edit core apps, install new themes, execute commands, and perform all sorts of other special tasks.

Install apps on your SD Card: Usually Android device comes with limited amount of inbuilt space that ultimately allow you to install limited number of apps. It will be good idea to use your SD card space for installing apps but by default Android build prevent you to do that. However, after root it’s possible to install apps on your SD card with the help of various MOD and apps, which means more space for your important files or big games.

Above mentions are few of the benefits that a rooted Android device (smartphone / tablet / camera) offer you. However, this is not then end. In sort, if you want to utilize the power of your Android device you should root it.

How to install TWRP Recovery [latest] on any Android device

How To Root Any Android Device (Mobile / Tablet / Camera / TV)

ABOUT US
Funtila provides content of general nature that is designed for informational purposes only. If you have any concerns about your health as well as your pet health, consult a qualified healthcare professional. Please review the Terms of Use before using this site.
© Funtila